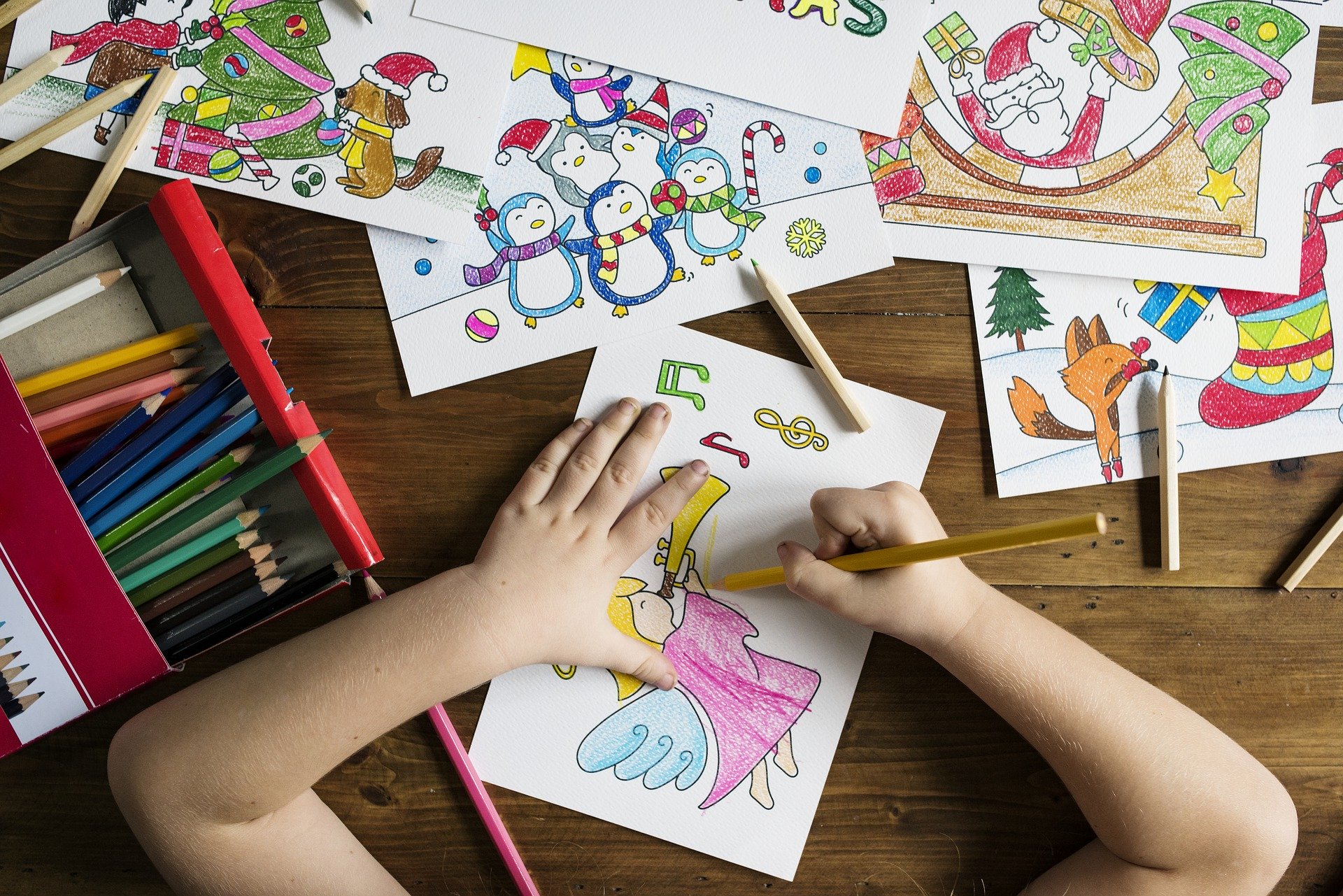 Several investigations have pointed out the benefits of collaborative learning in the classroom (Roggoff, 1990; Wood & O’Malley, 1996) and the value of technological support for this type of activity ( Zancanaro et al. 2007; Neale & Nichols, 2001, O’Malley, 1995).

Collaborative interaction mediated by multimedia tools is effectively when technology is designed to fit the context. Otherwise, the interface can become a barrier to collaboration and learning (Stock & Zancanaro, 2007; O’Malley, 1992).

Tangible narrative applications include physical objects which can be represented and handled through digital elements, combining experience in both environments (Ishii & Ukmer, 1997). The connection between both levels seeks a more natural, direct and easily understandable interaction for the user. In some cases, the tangible objects used may be tokens that represent narrative content; while in others, they are used for the exploration or creation of content (Harley et al., 2012).

The strengths of the combination of tangible, digital and collaborative elements in the educational field are:

The i-Theater system is a tangible digital storytelling instrument. Aimed to support the development of narrative skills in pre-school and primary school children. It is based both on the elaboration of chronological sequences of events and on the exploration of their creative, expressive, personal, emotional and social aspects.

The approach adopted by I-Theater focuses on the combination of traditional manual activities with digital tools. This approach makes easier for children to have greater control over history, which is considered a key aspect according to children’s demands in relation to technology (Druin et al., 1999). Beyond control, technology in the educational field must also focus on providing children with expressive tools, supporting their curiosity and desire for repetition (Druin & Solomon, 1996).

Unlike other digital storytelling instruments, more focused on the primary education stage (such as TellTable, Cao, et al., 2010), i-Theater is directed to younger children too. Its design does not imply menus, written or abstract components that could generate confusion. Instead, the system relies on the manipulation of physical objects that accompany children in the different phases of the narrative.

It’s an interactive system for creating stories and narration, based on tangible interfaces for children between 4 and 8 years-old. Children can animate their own characters and stories through a creative process that combines traditional tools and digital media.

i-Theater allows to create, record, reproduce and manipulate stories in a simple way. It has the appearance of a table and consists of two basic elements: a multi-touch interface for the composition of scenes and control of the characters, and a set of physical objects that make up the toolkit for recording and saving the story.

First, users are invited to create their story and draw the characters and scenarios on paper. Successively the drawings are loaded, digitized and manipulated in the digital table.

Based on previously created drawings, children can animate their own characters through the multi-touch screen, managing the content in a simple way, as if moving objects on a table. Any object (e.g. a paper cup) of a certain size can be used as a tangible interface to save elements of the stories or complete stories.

Other manipulative objects, the scene cards, are also used to divide the stories into scenes that can be recomposed in different ways. The opportunity to reorganize the scenes encourages children to explore different narrative schemes and allows the creation of different activities.

The use of the multi-touch screen offers the possibility of recording the narration, maintaining all the expressiveness, spontaneity and creativity of the game moment. The stories can be reproduced, modified and improved later through the scene cards.

In this way the system encourages creativity, turning a complex task such as creating stories into an easy and intuitive task, through the manipulation of physical objects and digital play.

Learning Opportunities and Qualifications in Europe

This website uses cookies to improve your experience while you navigate through the website. Out of these cookies, the cookies that are categorized as necessary are stored on your browser as they are essential for the working of basic functionalities of the website. We also use third-party cookies that help us analyze and understand how you use this website. These cookies will be stored in your browser only with your consent. You also have the option to opt-out of these cookies. But opting out of some of these cookies may have an effect on your browsing experience.
Necessary Always Enabled
Necessary cookies are absolutely essential for the website to function properly. This category only includes cookies that ensures basic functionalities and security features of the website. These cookies do not store any personal information.
Non-necessary
Any cookies that may not be particularly necessary for the website to function and is used specifically to collect user personal data via analytics, ads, other embedded contents are termed as non-necessary cookies. It is mandatory to procure user consent prior to running these cookies on your website.
SAVE & ACCEPT
Skip to toolbar